When we start learning a language or when we’re trying to improve our skills in general, one of the problems we usually run into is the lack of time to devote to our language learning tasks or perhaps the lack of motivation to do our language work. Luckily for us, there are a few ways to keep on learning while not always having the feeling that we’re actually doing so. Here are 3 of my favorite ones 🙂 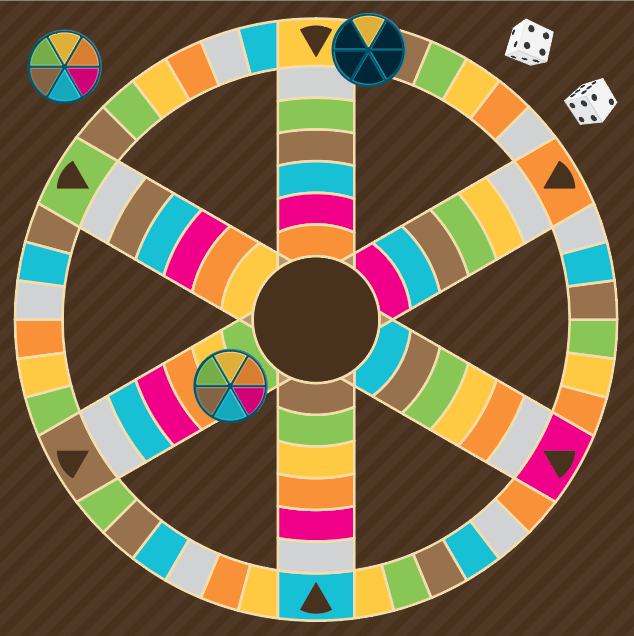 What’s better than having fun learning new facts about the world and practicing your languages at the same time?

I admit this one may not be for everyone, but given the huge trivia fan I am, I’ve found that merging both activities is a great way for me to “immerse” myself in the language. So far I’ve used it for French, Catalan, Italian and a little bit of German, to the point in which I barely play in English because I find it boring (also because there are a LOT of questions about American football and baseball, and as you can imagine in Europe we have no idea about that and I get zero questions right 😭).

It’s true that sometimes you may find words which are not so commonly used, but even then you’re going to have to get used to the patterns of the language in order to understand the questions, so if you are at an intermediate level, this is a great way to improve.

Not a trivia fun? It doesn’t matter! Perhaps you can also change the language of that game you use to kill time on the train or bus everyday. It probably won’t have as much text as a trivia app, but still it’ll teach you some new vocabulary.

For the curious ones out there, the app I use is called Trivia Crack, which as of now allows you to play in 20 different languages: Spanish, English, Portuguese, French, Catalan, Italian, German, Russian, Japanese, Dutch, Chinese (Mandarin, I guess), Korean, Danish, Finnish, Turkish, Norwegian, Greek, Swedish and Hindi.

(Note: I’m in no way endorsed by the app, I just genuinely think it’s a great tool. I’ve played more than 800 games there :O!)

This can actually be applied to any software/device you normally use like an mp3, YouTube, your computer’s OS, etc. You could also change the settings on your browser to prioritize which language you’d like to be shown first in case there are several available, like on this website where content is usually available in both English and Spanish.

If you’re trying to learn Spanish, why not change your phone’s system language? You’ll get daily exposure to simple things like save, unlock, send, delete, create, modify, update and many other words and texts which you already know the meaning of, so, I’m sorry, but you won’t be able to use the ‘I’m going to get lost with all those foreign words’ excuse. Plus context helps a lot.

Same goes for Facebook. We all know where everything is, but it’d be a nice way to see all those messages and buttons written in a different language everyday and get used to them.

As a personal example, several years ago my phone was in French for some time, now it’s in Italian, and I’ve chosen Catalan as my language for Facebook (as you can see in the above picture for the trivia app).

This website was a wonderful discovery I found like a year ago. You’ve probably already heard a couple of times that listening to music is a great way to improve your language skills, but this is even better because not only you listen to the music with the lyrics on screen, but you are challenged to fill some missing words so you’ll be able to test your comprehension ability on the spot!

You can actually choose which level of difficulty you want and if you miss a word the first time you listen to it, you can go back and repeat just that little bit or simply give up and continue with the rest of the song.

As for this website, there are several languages available: English, Spanish, French, Portuguese, Italian, German, Catalan, Japanese, Dutch and Turkish. There are also a bunch of genders to choose from, including movie songs!

Here’s an example of how it looks like with a Laura Pausini song in Italian. 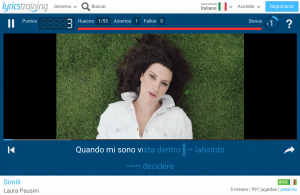 As you’ve just seen, not all learning has to be done with books, lessons, podcasts or space repetition systems. Have you ever used any of these tricks? Do they work well for you? Do you have any other? Don’t hesitate to share you experience in the comments! 🙂