One of the advantages of languages that are somewhat related is that they usually have a similar vocabulary, and believe it or not, this is the case with English and Spanish. English is a Germanic language, more precisely a West-Germanic language, and Spanish is a Romance language.

How are they related then? It’s all due to the French (Old Norman or Norman French actually) words the Normans took to England during the Norman Conquest of 1066. Lots of those words had Latin roots, which in turn is at the core of all the Romance languages, and thus the connection with the Spanish language.

But in spite of what I’ve just told you and as you might have already gathered based on the title of this article, there is also room for a lot of false friends and false cognates which we’re going to take a look at down below 🙂 . 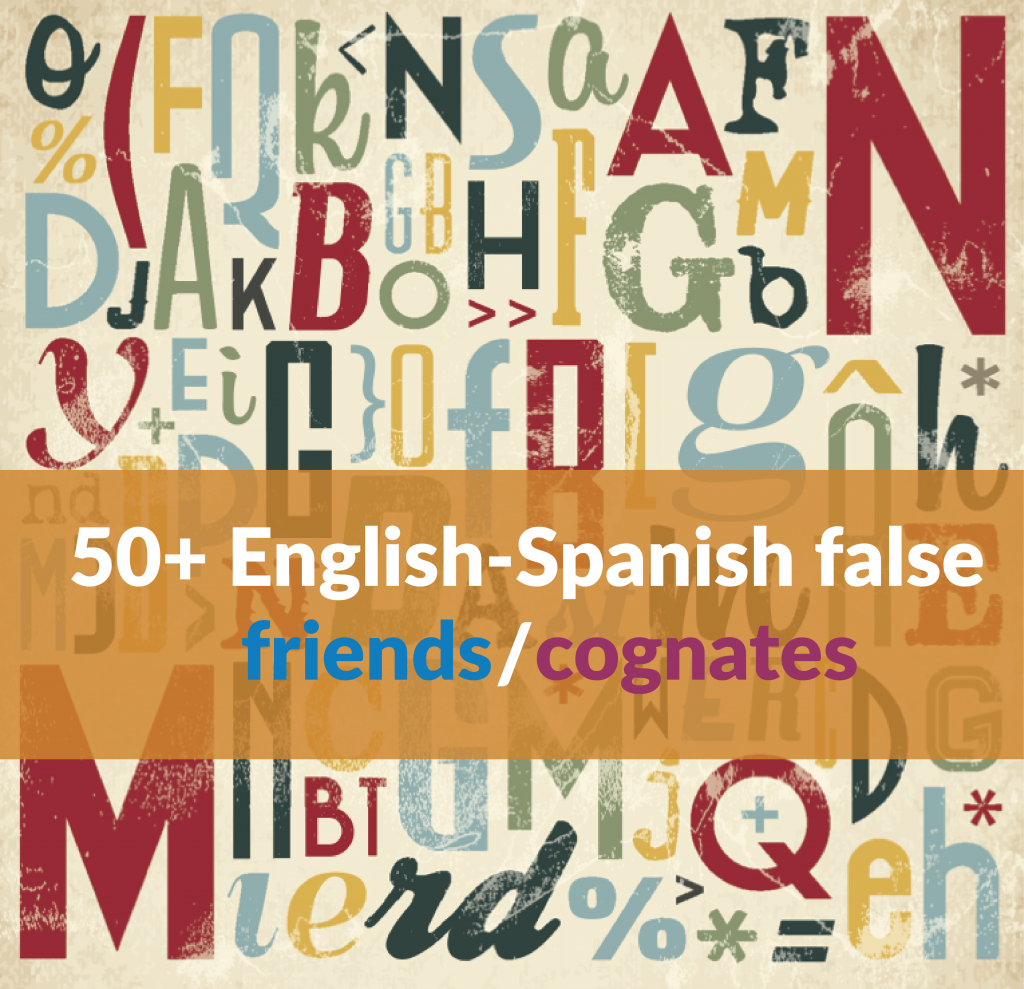 First off, you may wonder if a ‘false friend’ and a ‘false cognate’ is the same thing. It’s not. But it’s a bit complicated. What I’ve finally found is that:

Bare in mind that here we’re talking about the most commonly used meaning of these words, as some of them may be used in different contexts. Also keep in mind that I’m writing this from the perspective of a Spaniard and that some of these words may be translated and used differently in Latin American countries.

Key: Pairs of words with the same meaning have the same color.

Can you think of any other words I might have forgotten about? Leave them in the comments and I’ll add them to the list! 🙂