Ho ho ho! Yes, it’s that time of the year again, whether you like it or not. And just to be as original as everyone else, I’ve decided to show you a Christmas-related expression.

In my defense, I should perhaps add that I was not looking for it, it came to me and it turned out to be the perfect moment 🙂

This time I’m going to first explain where the expression comes from and then, if you haven’t perhaps yet figured it out, tell you what it means. 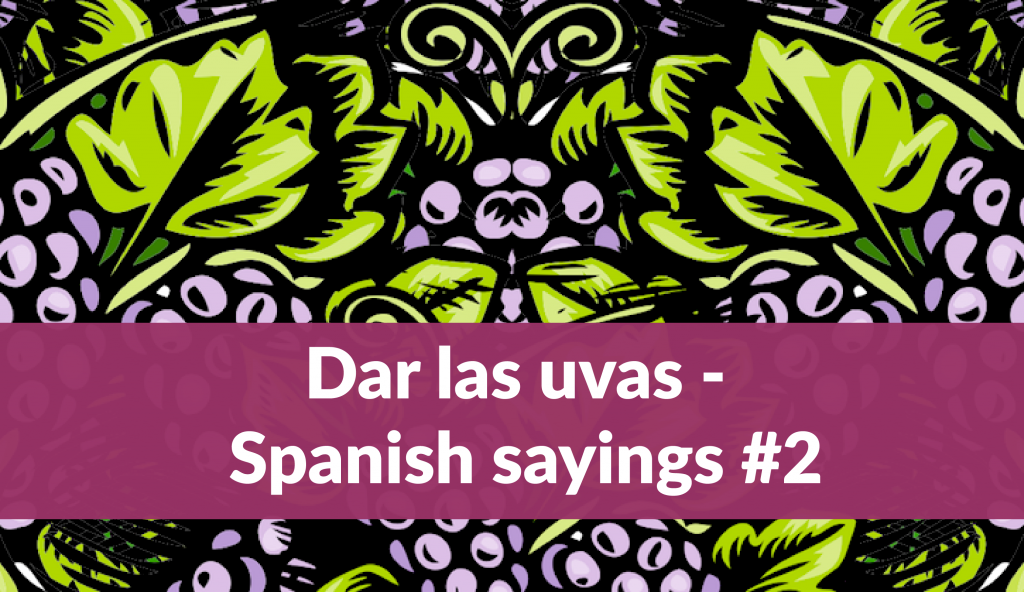 Where does it come from?

This expression goes hand in hand with one of the most curious Spanish Christmas traditions, well, actually New Year’s traditions.

Every 31st of December at midnight, at the exact moment when we leave the old year behind and we greet the new one, Spaniards gather around their TVs to look at a clock in Madrid’s Puerta del Sol and eat grapes. I guess it sounds weird when you read it like that 🙂 .

The most common story you will hear about the origin of this tradition is that it started at the beginning of the 20th century thanks to some vine growers who wanted to get rid of a grape surplus.

However, if you read a bit more carefully, you’ll also find that newspapers in Madrid already talked about it around the year 1897, when the mayor of the city wanted to prevent people from having too much of a party on the 5th of January (another major celebration in Spanish tradition) by making them pay if they wanted to be out. What ended up happening, though, was that the party happened anyway, just a few days earlier 🙂 . But why eating grapes then? It’s not clear, but perhaps as a protest or as a way of making fun of the upper classes which apparently had imported the tradition from Germany and France (never heard of this tradition in any of these countries, but that’s what the internet says!)

In any case, it is almost mandatory to eat 12 grapes to the rhythm of 12 bell tolls, and if you succeed you’ll be lucky for the rest of the year. (Most people don’t, we half-choke or we end up with our mouths full of grapes because we don’t have enough time to swallow all of them. Sounds like we’re crazy, but believe me, it’s funny!)

What does it mean?

Can you guess it if I tell you how we use it?

We tend to say things like “¡Nos van a dar las uvas!” (They’re going to give us the grapes!”), and keep in mind that grapes is literally the last thing we do at the end of the year, so if we get to the grapes it means…that we haven’t done something soon enough. In other words “nos van a dar las uvas” is a way of making someone hurry up because it’s getting late or he/she’s taking too long to do something.

[If you don’t hurry up and finish tidying up will stay here forever.]

[At this pace, we’ll never finish the report.]