If you’re used to or have heard about the “classical” book-based language learning methods like Assimil, Teach Yourself or Colloquial, perhaps Glossika will come to you as a surprise given that it’s an audio-based course, meaning that, yes, they do have books (physical or electronic), but most of what you’re supposed to do is listen and not so much read.

Does that sound like something interesting to you? Then we’ll keep on explaining what Glossika is all about in the following paragraphs below 🙂 . 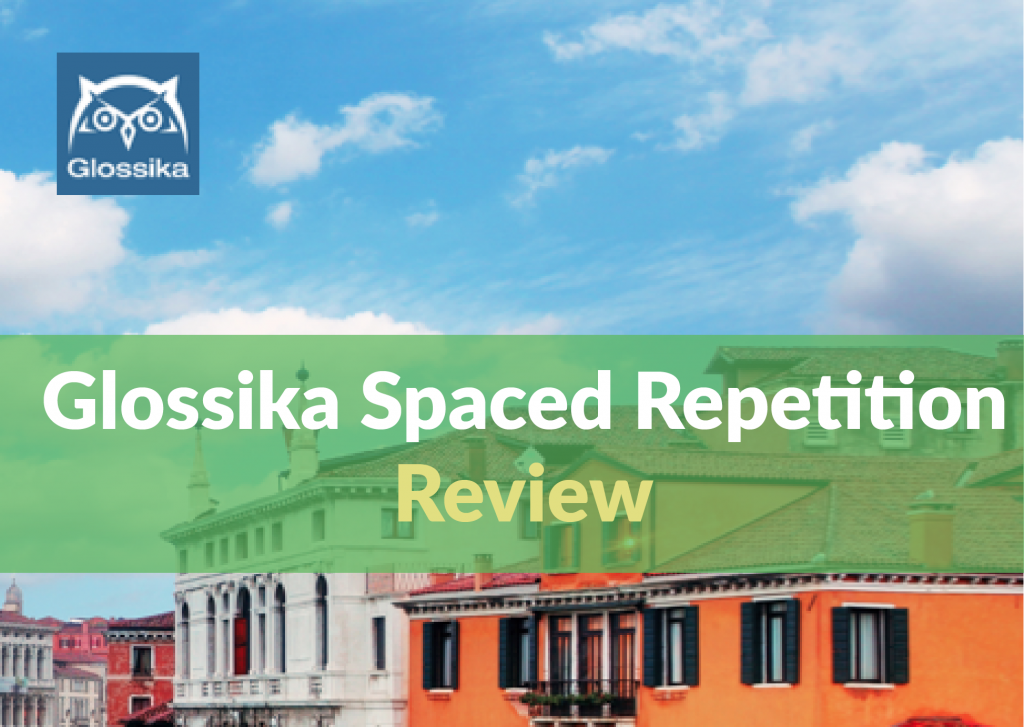 Based on what you can see in their courses section, their main series is called Fluency 123, which is the one I’ve used and therefore the only one I can actually talk about. However, they seem to have some other business-oriented intro courses and a daily life and travel course for Mandarin Chinese from Taiwan (where the company is based).

The Fluency 123 series is mainly organized with two different studying methods in mind: the Glossika Mass Sentences system (GMS), and the Glossika Spaced Repetition system (GSR). Both of them are centered around sentences presented to you in different ways depending on the method and the type of audio you choose to use.

Besides that, every course includes 3 books (ebook or ebook+physical) containing 1000 sentences each which means 3 to 9 months of content depending on the system you choose. The first one starts off with basic things about the language such as descriptions and asking/answering simple questions, and from there gradually builds up to B2-like content. 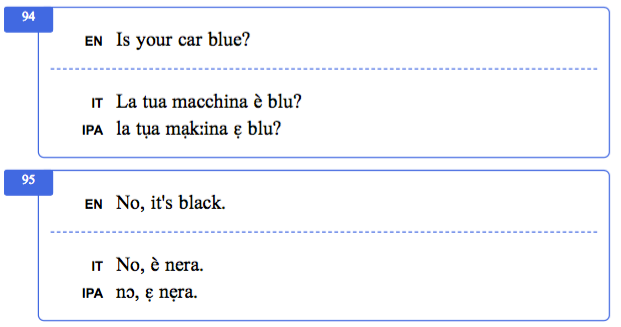 The Glossika Mass Sentences system is intended for those students who are aiming at learning in an intensive way with more free time to dedicate each day (1-2 hours). And to help you do that, they provide you with 3 different types of audio files:

You can, of course, use these files in whichever way you like, but as a reference, they include a few steps in which they recommend you to use them, including listening, writing and recording yourself.

Obviously, not everyone has 1 or 2 hours to dedicate to language learning every day, and for those people there’s the GSR system which only requires around 20 minutes per day (or less).

For each day you have a numbered file which you need to listen to where you’ll hear sentences in English and immediately after in your target language.

As an example, this is how the audios would be structured in successive days,

On day 1 you listen to sentences 1 to 10 over a length of around 4 minutes (each sentence is repeated several times).

However, you do not repeat all the sentences every day, otherwise, after several days it would just take too long. Instead, around day 6 the first 10 sentences stop being repeated because you’re supposed to have already repeated them enough.

In the words of Michael Campbell, Glossika’s founder:

I’ve adjusted the training so that it focuses on reviewing 40 sentences and introducing 10 new sentences each day, for a total of 180 reps.

Which languages can you learn with Glossika?

This is one of the things that I was more impressed by. They have a huge selection of languages! Not just the typical Spanish, French, German ones, far from that! As of today, they provide courses for no more and no less than 37 languages (and growing), including 6 Chinese variants (Mandarin, Cantonese, Hakka, etc.) or variations of the same language like Mexican Spanish and European Spanish. 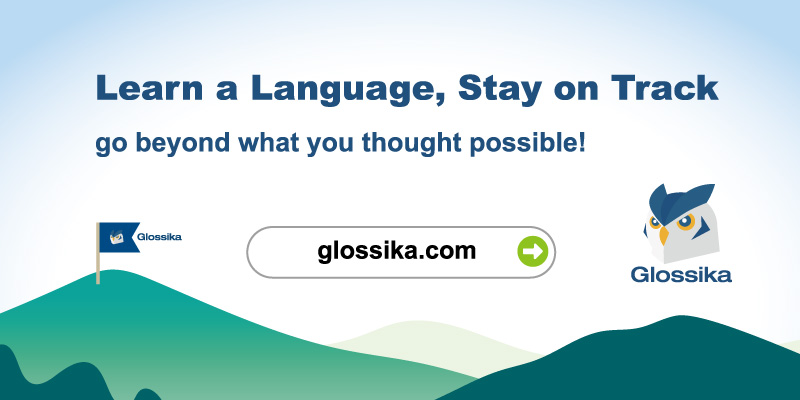 Keep in mind, though, that unlike the other courses I mentioned at the beginning of this post, Glossika does not claim to take you to an intermediate level on its own. They actually encourage you to use it along with any other language material you might be already learning with.

Is it suitable for beginners?

I wouldn’t say so, at least not for absolute beginners. Although their website states that the Fluency 123 series makes a gradual progression from A1 to B2, I think you still need to have a basic knowledge of the language to actually make the most out of it. But again, you’re supposed to use it along with other methods, not as a single resource 🙂 .

Disclaimer: Some of the links included in this blog post are affiliated, which will in no way affect the price you’d eventually pay should you decide to make a purchase.