“Language stories” is a series of posts each of which will be dedicated to a specific language.

What is the aim of this set of posts? Talk about the different experiences I’ve had with several languages throughout my language journey and the diverse ways in which I’ve learned them (or at least I’ve tried to).

And what a nicer way to start than English, right? The language almost everyone wants or has tried to learn no matter where you go! (except for the English-speaking countries, obviously). 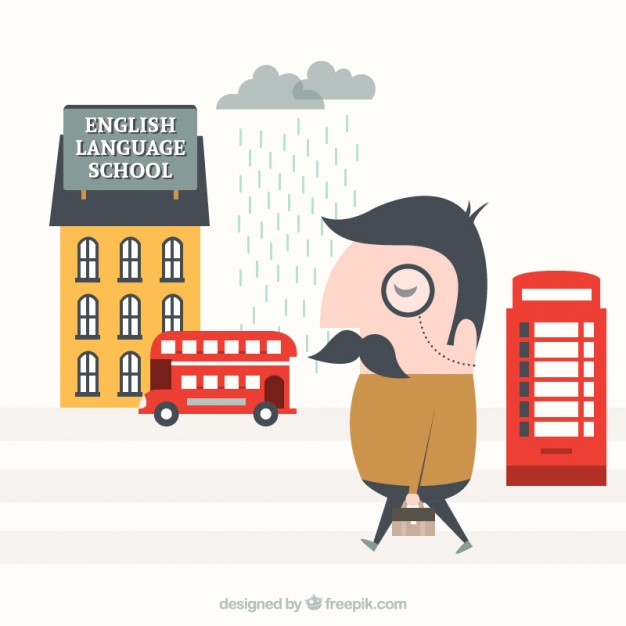 Some data about English

Here is where most people get surprised. I first started to learn English when I was 3 years old.

I know it sounds a bit weird, specially given that I was born and raised in a monolingual family in northern Spain (and we may be great at lots of stuff, but English is not one of our main strengths), but for some reason my parents decided that English could be a useful skill to have in the future, and boy were they right! So little me started to take English lessons after school several times a week.

This has probably been the least effective way of language learning I’ve ever experienced, given that I kept taking English lessons up until I was 20, which means that I spent 17 years “studying” it.

[Keep in mind that besides the outside-of-school lessons, I was also having regular ones during most of my academic years up until university, as nearly everyone does in Spain nowadays].

Part of the reason why it has been quite ineffective, at least in terms of time, is the fact that I attended all those lessons because I had to, not because I had any particular interest in it. Of course I was a child and I was unlikely to have a strong passion for English learning at such a young age, but all my contact with English was reduced to a classroom.

When did I start being able to actually speak?

I can’t precisely know, but I remember translating what a salesperson was saying to my parents at London’s Gatwick airport at the age of 13, so I guess I was rather intermediate by then.

Still, for many years, although I could understand things quite well, I felt ashamed of talking, even to those who weren’t native speakers themselves. Besides that, I was not used to hearing lots of “native content”. No original version films or series, no books…only music, and I did not always pay attention to the lyrics which would have been the interesting part, at least as far as language is concerned.

The boost towards fluency

I believe my English level increased A LOT once I started to expose myself to it on a daily basis. I did so mainly by watching YouTube videos about a hundred and one different topics, just because I found them interesting. It was kind of a vicious circle but in a nice way. I watched interesting content, I liked it, I felt great because I realized I had a good level and that motivated me to keep on watching more.

That along with regularly chatting with people with whom the only real common language was English definitely helped me feel much more at ease with the language.

Eventually, I stopped taking lessons because I was seriously fed up with them just after taking Cambridge’s Certificate of Proficiency in English (CPE) test.

Nowadays, I use the language daily in a bunch of different situations, although I don’t really have many conversations with native speakers. The good news for me are that:

And that’s pretty much it, this is the story of how I met your mot…English 🙂