Let me start this post by sharing an extract from a book I read about a year ago:

A student asks a question in English and is gently reprimanded as Marc explains, in slow, simple French, why we won’t be speaking any English in the class. French is not a translation of English, he says. It is not English that has been coded into French and needs to be back-coded into English to be understood. French is French.[…] You cannot simply replace a French word with an English word. To understand what a French word means, you have to understand ‘les circonstances’ in which it is used.

[…] Instead of searching for the English equivalent, you should observe how [a word] is used to understand its meaning.

[…] When I want to say something in French, I think of what I want to say in English and then convert that into French. But such translation, […] is self-limiting. You must remove the mental middleman of translation, for you brain cannot translate back and forth fast enough to keep up with a conversation. To achieve fluency, you need to speak – and think – like a bilingual, to switch languages, not translate between them. Of course, easier said that done.

What you’ve just read belongs to Flirting with French by William Alexander, a book in which the author, a 57-year-old American man, shares his experiences along 13 months of trying to learn the language he’s loved for so long, French.

I imagined I would be able to relate to him, and although by the end of the book I probably didn’t exactly found what I had expected, I did take some notes regarding pages 173 and 174 (the extract you’ve just read) because it brought up something which resonated so much with me and my own experience in language learning that I had to talk about it here on the blog. 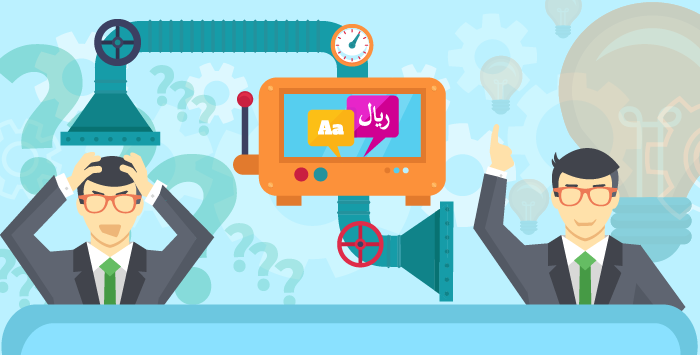 But why can translation be a bad idea?

When we start learning something, whatever it may be, and especially when we have no previous experience in the domain, our most natural reflex is to draw parallels with what we already know.

Of course, language learning is no exception and so if our native tongue works in a certain way, we’ll try to adapt the language we’re learning to what we’ve been using for most of our lives. And sometimes it works! ‘My house is big’ becomes ‘Mi casa es grande’, word for word, no big deal.

Obviously, if all languages worked like that, then language learning would be reduced to memorizing a set of equivalences. Quite boring if you ask me.

As the above extract mentions, words in different languages cannot simply be replaced and expected to behave in the exact same way. There’s a whole lot of nuances, cultural influences, idioms, contexts or downright unexplainable things which won’t work how you’d expect them to. And even if sometimes you can look for a logical reason behind those differences, in other cases the only thing you will be able to do is accepting that that’s the way it is.

This is one of the things that most people fail to realize, or have trouble getting their heads around because it requires a certain flexibility of mind, patience, and even some carelessness. Getting rid of the constraints of our own minds (how mystic!) and mother tongue and adapting to the new language means adjusting to a different system, more or less distant from yours depending on the language you’re learning and getting used to new features, but perhaps not only the ones you’re thinking about. It is well-known that different alphabets exist, different word orders, different expressions, etc., but I’m talking about more subtle things.

Take the word ‘tiempo’ in Spanish, for instance. A quick translation will tell you that ‘tiempo’ means ‘time’, and consequently, you’d think that ‘¿Qué tiempo es?‘ would be a perfect way of asking ‘What time is it?‘. Meeeeh!. Spanish ask ‘¿Qué hora es?‘, ‘¿What hour is it?‘. Why? Who knows.

But wait because we’re not done with that word. You can also hear the phrase ‘¿Qué tiempo hace?‘. ‘Hold on, I know this one. You’re asking what time is it, right?‘ Meeeeh!. In Spanish ‘tiempo’ can also mean ‘weather’, so the previous phrase translates as ‘What’s the weather like?‘.

And let’s not even get started on words which just don’t have equivalents, like the verb ‘estrenar’, to use something for the first time, ‘la sobremesa’, the time you spend talking once you’re done eating still seated at the table, and ‘la merienda’, the snack you have between 5-8pm in the afternoon, just to name a few.

As a personal note, I can’t tell how many times I’ve been asked ‘How do you say ‘x’ in Spanish?‘ and have struggled to find a perfect equivalent or had to rephrase the entire person’s sentence because there was no way to say what he/she wanted like that.

These are some of the reasons why dictionaries and services such as Google Translate can’t work miracles. Translating ‘My house is big’ from English to Spanish is a very simple task, but go and try typing ‘I’m having a ball’ and translate it to Spanish, French, Italian or German. I assure you that the result is not what you meant in English (regardless of how old-fashioned that expression might be, I’m aware). However, and to be fair, Google Translate does recognize a fair amount of expressions especially in combinations of languages such as English-Spanish given the huge amount of common materials in both languages it has. If you’re interested in knowing how Google Translate works, you can take a look at this simple video.

Having said that, there are online tools like Wordreference which, in my opinion, are very useful since it gives you contexts and a great set of usages for one give word, as well as having a great forum for further questions or more complicated inquiries.

I feel like I’ve diverged a little, but essentially, the more we learn a language, the more we should try to avoid using our inner native voice, especially if it’s a conscious process.

You can’t help resorting to your mother tongue, particularly at the beginning, it’s unconscious, but besides that, don’t try to dissect every single word of a sentence and try to get a general idea instead. ‘Llevo una hora esperando‘ means ‘I’ve been waiting for an hour‘. That last part is what you should internalize, rather than try to rationalize that ‘llevar’ usually means ‘to carry’ but here it’s ‘I’ve been’.

‘What? That’s nonsense!‘, you might say. And to that I have only two words to utter: phrasal verbs 🙂 .