So, yesterday, Sunday morning, I felt in the mood for singing as it happens once in a while. I don’t really know what’s about it but it makes me feel really well. Anyway, as always, I started playing music randomly on my phone and started singing to whatever I got. And as you might expect there’s not only Spanish music on my phone, there are also lots of French, English, Catalan and some Italian songs, and here’s where it got me thinking that there probably is a connection between singing and language learning. 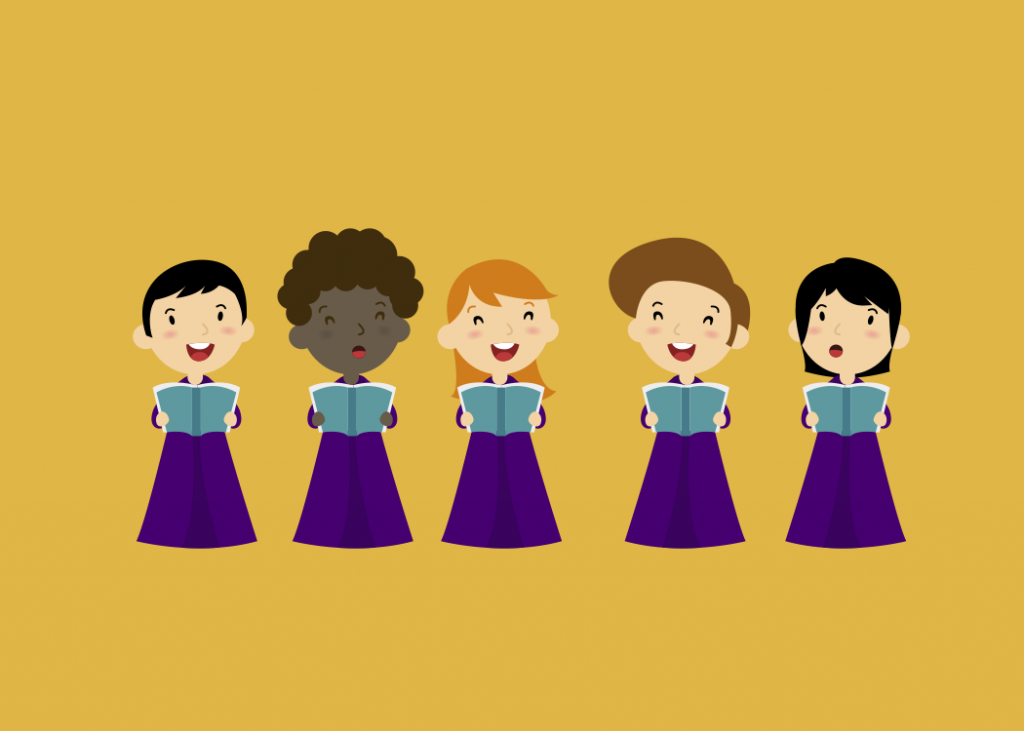 It helps you build up vocabulary

This is probably a very straightforward advantage because I’m sure lots of people have experienced it, remembering words they’ve heard in some song they’ve listened to.

(Well, except if you were a non-English speaker that in the 90s used to “sing” to the Spice Girls’ “Wannabe” having neither the slightest idea of what you were saying nor knowing where one word finished and the next started)

Vocabulary it’s actually not necessarily something you get from singing, it can also happen just by listening to music, but perhaps singing makes it stick a bit more because not only it involves a context but it also allows you to link it to a pronunciation, which leads me to…

It makes you practice your pronunciation!

This is by far the one I’ve noticed the most. I’m 100% sure my French gets much better when I’m singing to an Édith Piaf song (Sidenote: I love this woman, if you haven’t heard about her, dishonor on your cow!) than when I’m speaking normally. You’ve listened to the song so many times that you know the pronunciation by heart, you know where each comma is and where the stress of each word goes. It doesn’t mean you’re going to reproduce that in every sentence you say in the language in a normal conversation, but it certainly does give you a sense of rhythm to the language.

Going back to my experience with French singing, I notice I make lots of efforts to always try and do my best to pronounce everything the best I can, and I don’t really do it because I’m telling myself I NEED to practice, it’s just because it makes me feel good 🙂 That’s how I more or less learned to make those “r” sounds without choking, or differentiate the b/v sounds.

It helps you retain grammar constructions and commonly used words

It’s quite similar to the vocabulary one although maybe we pay a little less attention to it. As for grammar, it’s not the same to hear a sentence over and over again and understand its meaning, than repeating it yourself.

However, one has to be careful with this one. It depends a lot on which kind of music you listen to since we all know that artists sometimes take some “poetic licenses” and sing sentences which don’t always make perfect grammar sense or which include lots of jargon. I’m not saying that’s inherently bad, but we need to be careful not to end up learning something which is not right or acceptable in any given situation.

This is for instance how I learned that in English we don’t always say “going to”, “want to” or “got to”, but instead “gonna”, “wanna” and “gotta”.

It helps you learn about the country’s culture

By listening and singing to foreign songs you somewhat get into the language’s and country’s culture. If, for instance, you’re learning European Portuguese, you may stumble upon “fado” which is the most popular traditional music style of Portugal. If you listen to it a little bit, you may quickly realize that it’s full of nostalgia and melancholy, which may in turn teach you a little something about the country’s general atmosphere around when it started to develop.

Or take a better well-known example, tango. Tango was not always the popular dance and music style we know about today. In the late 19th century it used to be stigmatized as a low-class dance for those living around the Río de la Plata area (between Argentina and Uruguay).

Just before starting to write this post I looked for a bit more of information on the topic and these are a couple of links I found:

Article from the Telegraph